This week Daniel Caesar got himself in quite a bit of trouble. The Grammy award-winning singer went on a drunken tirade on Instagram Live in defense of the Rolling Loud Festival Host JustJulz. JustJulz is a White lady who works in the Hip-Hop scene but makes it her personal mission to berate Black Women. Anyway, in Daniel Caesar’s drunken rant he asked his black fans why they were being “so mean” to white people.

It was also filled with memorable quotes such as “White people have been mean to us in the past. What are you gonna do about that? Tell me what you’re gonna do about that. There’s no answer other than creating understanding and keeping it moving. That’s some biblical shit. You have to bridge the gap.” You can watch the rest of his Uncle Ruckus type babble in the link below.

As you can image, Daniel Caesar has been dragged by Black Twitter for the past week. Personally, I don’t want to get into how many different ways his IG rant was incorrect or how Daniel Caesar is another black male celebrity who was ready and willing to throw Black Women under the bus, in order to come to the defense of a problematic white woman. I’m sure that platforms such as the Grapevine will do an excellent job of addressing that. What gave me cause for concern was how Daniel Caesar’s friends were sitting silently and watching their friend take shots at his own career by alienating his core fanbase.

Like many people, I love my friends dearly. I thank God for the fact that I have a circle who not only want the best for me but will actively call me out on my nonsense. I constantly want to see my best friends win in life. Which is why I could never sit back and watch them shame themselves, especially in public. If Daniel Caesar had been one of my homies, I would have tried to take the phone out his hand when he said he turned on his IG live and then announced that he was drunk. The minute he asked “why are black people so mean to white people,” I would have karate chopped that phone out of his hand.

Now we can all learn a lesson from Daniel Caesar rant. There is this phrase (which I believe comes from a Nollywood film) which says “you are an enemy of progress.” It means that someone who hinders progress or positive situations. Enemies of progress are exactly what Daniel Caesar’s friends were. They say that birds of a feather flock together so this could mean that they were in complete agreement with every word he was saying. It could have been gospel truth to them. However, this was not the time for them to stay silent. If they valued their friend, they should have silenced him quickly. Unless they were ‘yes men’ and did not feel like they could correct without being excommunicated from his entourage.

Either way, these are not the kind people you should have in your life. The Bible says in Proverbs 18:24 that “One who has unreliable friends soon comes to ruin, but there is a friend who sticks closer than a brother.” This rant was a situation of ruin. If you cannot rely on your friend to knock some sense into you, especially when you are publicly shaming yourself, your family and your race then what kind of circle do you keep?

I don’t know any of the people in that video were Daniel’s best friends, but he needs an Issa & Molly or Marcus Burnett and Detective Mike Lowrey type of friendship. I would encourage everyone, (including myself) to take stock of this situation and evaluate the company you keep. We have no time for Yes Men or Enemies of Progress. 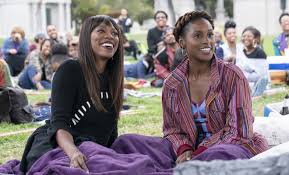 The Insecure Finale happened last night, and I am already going through withdrawals. How has it already been two months? Now we have to wait until next year for the next season. I am going to review last night’s episode. There will be major spoilers below.

The word to describe Issa’s journey throughout season 3 would be growth. We can see that Issa has finally has taken control over her life in this episode. We witness Issa taking a job interview at Beats Crew (where she can finally put her mirror rapping skills to good use). She was originally discouraged by the amount of rejections she was getting over her block party but she renewed her strength after seeing the success of The Black Outdoor Cinema. May I add that I would really like to go to an event like this.

I am very happy that Issa made links with Condola (Tiffany’s friend and the organiser of the Black Outdoor Cinema). I think it is important that Issa connects with someone who supports her vision. I was disappointed with how discouraging Molly was. Events for us,  by us are so important.  Unfortunately, the people that are the least supportive can be the ones that are closest to us.

We also see Issa’s growth with how she deals with Nathan and his piss poor apology for ghosting on her for a month. I am convinced that Nathan is dealing with a mental health issues of some sort.  This will be a great way to address mental health in the black community.

The level to which I adore Yvonne Orji, is the same level I want to violent shake Molly. Her lack of self-awareness is FRIGHTENING! Molly has a bad habit of creating situations and then getting mad at everyone else because she does not like the outcome. Let’s start with work.

Molly’s co-workers ganged up on her this episode. Honestly,  a blind man could have seen this coming. She screwed over the female lawyers in order to work with arrogant Taurean. Everyone take a mental note; you never screw over black women, it will not end well for you. Then she was shocked by the fact that Taurean was angry that she went behind his back and did their presentation to the partners.

It does raise the topic of double standards in the office. Men can be arrogant and bulldozers in the workplace (like Taurean is) but their behaviour can go unchecked as long as they get the job done. Women (especially black women) in the workplace have to be delicate and likeable. I personally thought that Molly was too new at the job to be agitating her co-workers. She should have at least apologised to Taurean and the ladies for the sake of peace. However, that would require Molly to have emotional intelligence.

I’m not even going to get started on the ridiculous way Molly acted towards Jared when she saw him.  I did a praise dance in my bedroom when he came on screen because I have been on Twitter begging Issa Rae to bring him back. I also enjoyed the way her face cracked when she saw him with a beautiful new girlfriend (who’s skin reminded me of the smoothness of Duckie Thot).

Now here comes the million-pound question, was Molly right for blocking Nathan from seeing Issa on her birthday?

However, we do see a small glimmer of maturity from Molly when she calls Andrew (who looked like a luxurious King) and apologises for the way she treated him. She admits that her previous relationship had hurt a lot more than she would like to admit. Now let us all stretch out our hands in the name of this reach.

Molly and Dro were NEVER IN A RELATIONSHIP! The man was in an open marriage, he made zero commitment to her. Let me stop, that is a rant for another day.

I swear, Molly’s only redeeming quality is her friendship with Issa. That girl needs to return her therapist. 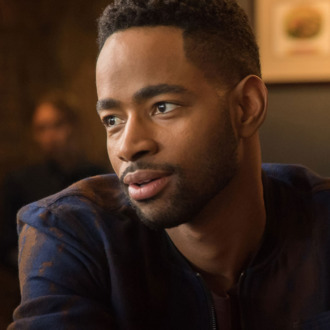 Lawrence had mentioned at the end of season 2 that he has certain expectations of his life and when things don’t go his way, he shuts down. This was addressed well in the finale. We see Lawrence having a conversation with his dad about his expectations of dating and love. He expects to fall in love with a woman with no baggage (as if he isn’t dragging around a suitcase of his own). I am glad that his dad laughed in his face and told him that Lawrence’s mother and himself had “matching luggage” when they met, and “the problem with kids of this generation is that they don’t want to put in any work.” I think this rings very true. A lot of people romanticise their parents/grandparents’ relationships but have never asked them about the level of effort and sacrifice they had to put in, to make said relationships work.

Lo and behold, we see Lawrence and Condola (who is divorced) go on a date. Clearly, he has taken his father’s advice. However, this going to be messy as hell considering Condola’s business relationship with Issa. BRING ON SEASON 4!!!

All in all, the Insecure finale was fantastic. This show does not disappoint.  I cannot wait to see what Issa Rae and the rest of the team are cooking up for season 4. I look forward to what awaits this Black Girl Magic (in training) duo, the Kelly and Chad one-liners and all mess that comes with this amazing show.

I would also love to know your thoughts about the finale. What do you think is going on with Nathan? Was Molly right to stop Nathan seeing Issa on her birthday? Do you think Issa is going to get back together with Lawrence in season 4?