Jordan Peele decided to give us a Christmas gift in the form of a trailer for Us.

I am going to start this off by saying that I am terrified of horror films. The last horror film I watched was The Omen. The one that was released on 06/06/2006. Yeah, that one. I was 17 years old and my friends decided to watch it at Yetti’s birthday after a hardcore session of paintballing. We got a third of the way into the film and the TV stopped working for no good reason. The majority of us were Africans with very strict Christian mothers. Therefore, we came to the conclusion that this was a sign from Jesus that he did not want us watching the film. That was the last time I voluntarily watched a horror film. However, this trailer has my attention and despite the blood and gore that will obviously be coming my way, here are some of the reasons why I will be watching this film on opening weekend. 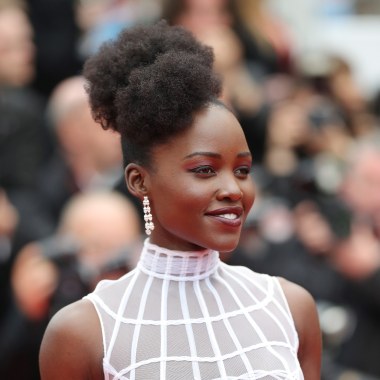 Honestly the list of reasons could end right here. I am such a huge fan of this woman. From her fashion, the way she carries herself with so much elegance and I adore her charm. Have you noticed that men of all races melt in her presence? Seriously, I need to figure what she does to make Michael B Jordan and Chadwick Boseman look at her with so much awe.

Even if you do not stan for Lupita the way I do, you cannot deny the fact that she has been outstanding in every film she has been in. Black Panther, Queen of Katwe and 12 Years a Slave are just a few of the films where she has knocked it out of the park acting wise. Plus, Lupita N’yongo is not an actress who has allowed herself to be pigeon holed into one genre, so it makes sense that she has added horror film to her roster. I cannot wait to see what she brings to the big screen in Us. Plus, I am low-key happy to see the reunion of Nakia and M’Baku

In the opening 20 seconds, I see a beautiful, dark-skinned family bopping in the car to I Got 5 on It and I am sold from the get-go. Correct me if I’m wrong but has there ever been a horror film that centres around a black family? It is important to have representation of all types of people, especially in media. The media can either uphold or dismantle stereotypes about different races.

I am glad that 2018 was a year that destroyed the lie that casts, which have people of colour at the forefront, cannot do well at the box office. Look at the numbers that Black Panther, Creed II and Crazy Rich Asians pulled in. Hopefully this film will also put an end to the myth that black people are the first ones to die in horror films.

Jordan Peele has made it clear that Us, unlike Get Out, (which if you have not watched by now then you need to), has nothing to do with race. He states that “I dedicated a lot of myself to create a new horror mythology and a new monster.”

This is a relief for me. There are so many good films that have been made with a black cast at the centre. However, a lot of films that normally get the attention of The Academy Awards (and other film organisations) are stories drenched in black pain. The main plot is usually to do with a black person overcoming the struggle that the white man has put them through. You can see this in films like Hidden Figures, Selma and The Help. These films are normally brilliant, well executed and stories that are more often than not true. These films need to be made no matter how uncomfortable and painful they are. However, it is nice to strike a balance. It feels good to watch stories about black people just living their best lives, going on a girls’ trips to New Orleans or trying to escape being killed by their evil doppelgangers.

As you can tell, I am excited and slightly terrified to see Us. I pray it does not disappoint or leave me with nightmares.

Let know if you will be watching Us and what your thoughts are on the trailer.