A lot can be said about the Grammy this weekend. From the surprise appearance of my forever First Lady, Michelle Obama. Alicia Keys reminding us of her incomparable piano playing skills, the wins & snubs, as well as the lackluster of a tribute to Motown by Jennifer Lopez. However, all I care about is the fact that BTS graced the staged of the Grammys by being the first Korean Artists to be nominated and present a Grammy award.

Presently, BTS are the biggest boy band in the world. For millions of fans, they were the highlight of the night, even though they were on stage for no more than one minute. Having an artist wear your clothes is free promotion and more money for the designer. Which is why I am sure that many designers were ready and willing to dress all seven of these modelesque men. On the day of the Grammys, BTS had taken a picture with Kim Jones which had lead many to believe that the guys were going to be wearing Dior to the big event.

From everything I know about BTS, they are not disillusioned about their influence or the power their fans possess. Anyone else remembers the time that Jungkook let the fans know what fabric softener he uses and the next day it was sold out in the whole of South Korea? What better way for BTS to use their platform than to spotlight designers from their own country? Let’s be honest, how many South Korean designers can you name? I’ll be more generous, how many Asian designers can you name other than Jimmy Choo?

I love it when people from different ethnic groups go out of their way to give exposure to people from their country or race. It is important because the reality of life is that no one will have your back like your own. I personally believe that when one of us manages to break down the door, we should make an effort to allow others to come through. Just so you know, BTS are not the only ones who have been representing their country on the fashion front lines. Gemma Chan (Crazy Rich Asians) has been wearing Asian designers (such as Jason Wu) most of this award season.

Beyoncé also gave a spotlight on her Instagram to all the African designers that she wore while she was in South Africa for The Global Citizen Festival (such as Ivorian label Yhebe Design, Peulh Vagabond & Senegalese Sarah Diouf’s line Tongoro Studio) 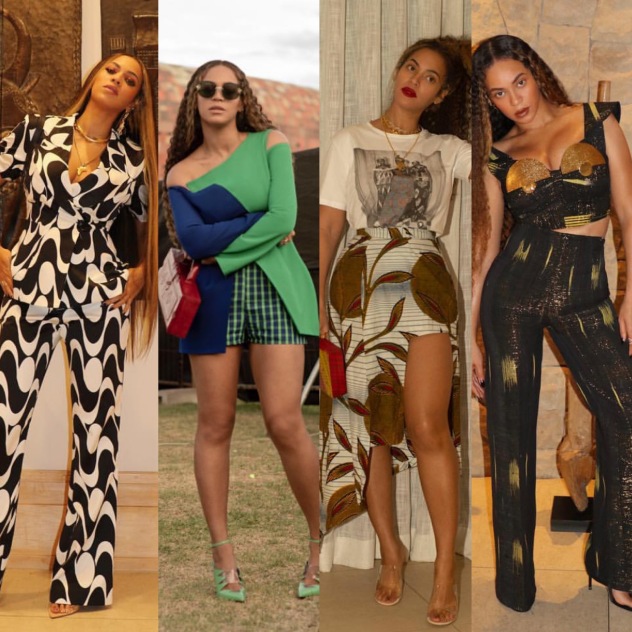 Most of us know how hard it is to get a seat at the table regardless of our field of expertise. Hell, most of us will probably never be able to get a seat unless we already know someone who already has a spot at the table. Why do you think networking events were created? The point that I am making is, we should never be satisfied being the sole representative for your race, gender, religion etc. The top can be lonely and it ain’t no fun if the homies can’t get none.

I'm just a girl who likes to write on race, politics and culture. I will also geek out over anything Marvel related. View all posts by asoulfulstorm

One thought on “Rep Your Flag: BTS At the Grammys”